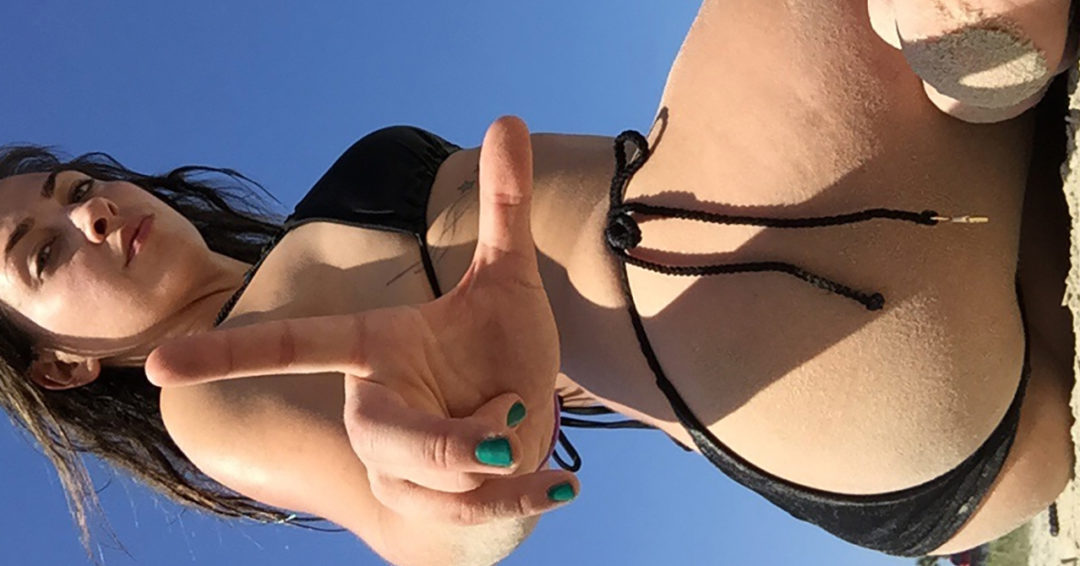 I’ve been having such a good time here in Houston that I’m just now finding the time to update My blog.  I had been lacking in online presence recently due to someone breaking into My car around Thanksgiving.  Theystole My phone along with a few other things, with was the catalyst for a week long Twitter hiatus.  It felt great!!  I have also been occupied renovating My future home.  It has been waaaaay more work and money than I initially anticipated, but thankfully it has been your wallets carrying most of the financial burden. 🙂

On to the fun stuff….This summer I attended multiple concerts, swam in natural springs as well as the beach, and toured different parts of this huge city, including a hike in big bend national park!! (proof I really do put all of My gifts to use-look at those sunglasses protecting My pretty eyes..and the sexy hiking boots)

I’ve also plucked a few bucks from submissive wallets since moving here.  To My surprise, I have only been approached by 3 local boys.  One being a flake, one lives hours away, and the other is still pending in cyber space.  Let’s be real, if you take too long to prove yourself, you are wiped off the radar.  Houston boys-make yourselves known. Present yourself respectfully, humbly, and with tribute in hand.  I rarely do real time sessions, however, I happen to have one lined up for the new year.  he is a shy fly, so I doubt there will be much content from this interaction.  Real time sessions are granted depending on whether you’ve proven yourself online prior to meeting ( I don’t meet random strangers who have a fetish and raging hard on), secured your deposit, and passed the creeper test.  yes, I’m the pass/fail judge for that too.

The local dork meeting Me in person has proven himself to be devoted, but let’s see if his wallet can keep up.  he is trying hard to satisfy My greed, including sending birthday gifts to Me on his birthday as well as My own.  If your wallet cannot keep up, then you will get stepped over like all of the rest of the incompetent losers before you.

The seasons have changed and it just gives Me another reason to shop.  Time to put away the booty shorts and break out the boots and sweaters.  Though it is not nearly as cold here is Houston as it is in St. Louis.  Less puffy coats, more cute jackets leaves for a happy savage.  Be sure to send Me gifts of appreciation from My wish list.  See if your gift will make it in a picture set, clip, or even a brag blog if you are so lucky.  Feel honored you are allowed to contribute to My closet. More for Me and less for you.

a fat slob aroused Me to dance around in his wallet.  While I did get a few new things, it was a constant battle.  One I’m not willing to fight.  I’m not here to ‘work’ for gifts and cash.  you will hand them over willingly, or you will lose My attention.  if you want to be ‘Dommed’ and ‘forced’ to do as you are told, I am not the one to play with.  If I tell you to get something as a set and you only get half of it because you are a cheap fuck, then you get blocked.  I find it insulting and annoying for customers to think you have the upper hand simply because they want to jerk it to the idea of paying and spoiling a woman.  you requested MY attention, and you will do as I say.  There are a million of you wanking morons, and only ONE of ME.  Don’t forget it.  Life is too short and sweet to waste time arguing with idiots.  If you don’t like paying don’t go browsing through My neck of the woods.   Remember: I’m not here because I need your cash/presents.  I am here because I WANT to be.  Lay your tributes silently at My feet.

Footbitch always tries to resist paying for his love of My soft curvy soles, yet he always seems to fail.  he has spent thousands of dollars to see My sexy soles.  Being teased and verbally humiliated by Me doesn’t deter him either.  I humiliate him from My cute MacBook (paid for by him) while he is still using Skype from his cell phone.  Usually I go on, making him jerk off with one hand making an L sign on his forehead while kneeling on the floor.  I giggle as he begs to get up because his knees are in pain from the hard floor.  Im sure some of you can relate; women on the laughing end and your silly blue balls filled with despair.  he cries after I refuse to sit on cam any longer after he sent another $100 payment.  Add another 0 to that number and I’ll consider staying up later and giving you more attention. I laughed even more after making him pay double for being late on cam because he ate dinner first.  I ALWAYS come first.  Once you forget that, you are no longer serving ME, you are serving yourself.  Though we are on good terms, he is still desperately seeking My personal cell number…again.  After losing the privilege one time prior, he will have to pay double if he wants it again.  Looks like someone misses being on My good side and receiving random pictures.  We should all know apologies with nothing attached are just a waste of space.  There certainly isn’t room for them here, unless they are accompanied with cash.  baahahahaha  TRY HARDER, BITCH.

Take lezzielover, for example, started out as a foot drone, then morphed into an old submissive, wanting to fulfill the monetary requests given by My GF and I. he always tries to “retire” from sending Us gifts or old man money, but he can’t help himself.  his most recent contribution to My lavish lesbian lifestyle was a stainless steel refrigerator for My new house.  Merry Christmas to MEEEE.  Though that was his biggest purchase of the year, no pat on the head.  Just his favorite response…My middle finger.

My crystal ball says the old fart will do better in 2016.

My pet wallet is back in full swing, and I’ve yet to brag about his last binge in June.  That impulse included over four figures (duhhh) and countless gifts.  Some of My favorite gifts from that haul were Frye clutch, rain boots, MORE SW gift cards, a double dong, heels. Not shown are reimbursements for My flight to St. Louis and concert tickets ($550) . It goes without saying the cash tributes were My favorite, I believe it was to the tune of $3k (my cut) via the dreaded niteflirt platform. Whatever…I don’t have the time to go back and count it all.   hahaha.

With all of My new loot, it looks like I will be purging some worn items.  Including, but not limited to, stinky socks, worn shoes, and Goddess coated panties.  Savage souvenirs start at $100.  If  you want to own one of My coveted items, you will have to pay up like the rest of the lot.

I’ll be honest; twitter makes blogging seem redundant.   I like tweeting out My expenses only to be promptly reimbursed.  However, I just LOVE to check back and see they’ve sent double the amount requested.  HOT HOt HOT!!  Lucky for you I’ve recently opened an IwantClips account as another platform for you to reimburse Me and send tributes.  Amazon gift cards are accepted as well, but don’t forget My favorite way to  receive tribute is in the form of cash…or via GW (same as cash when I spend it). Buying whatever My precious heart desires with “loser cash” is the best feeling. ‘Tis the season to run up the credit card debt while wifey isn’t paying attention.  Four figures makes you memorable. 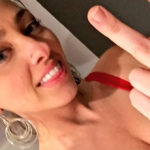 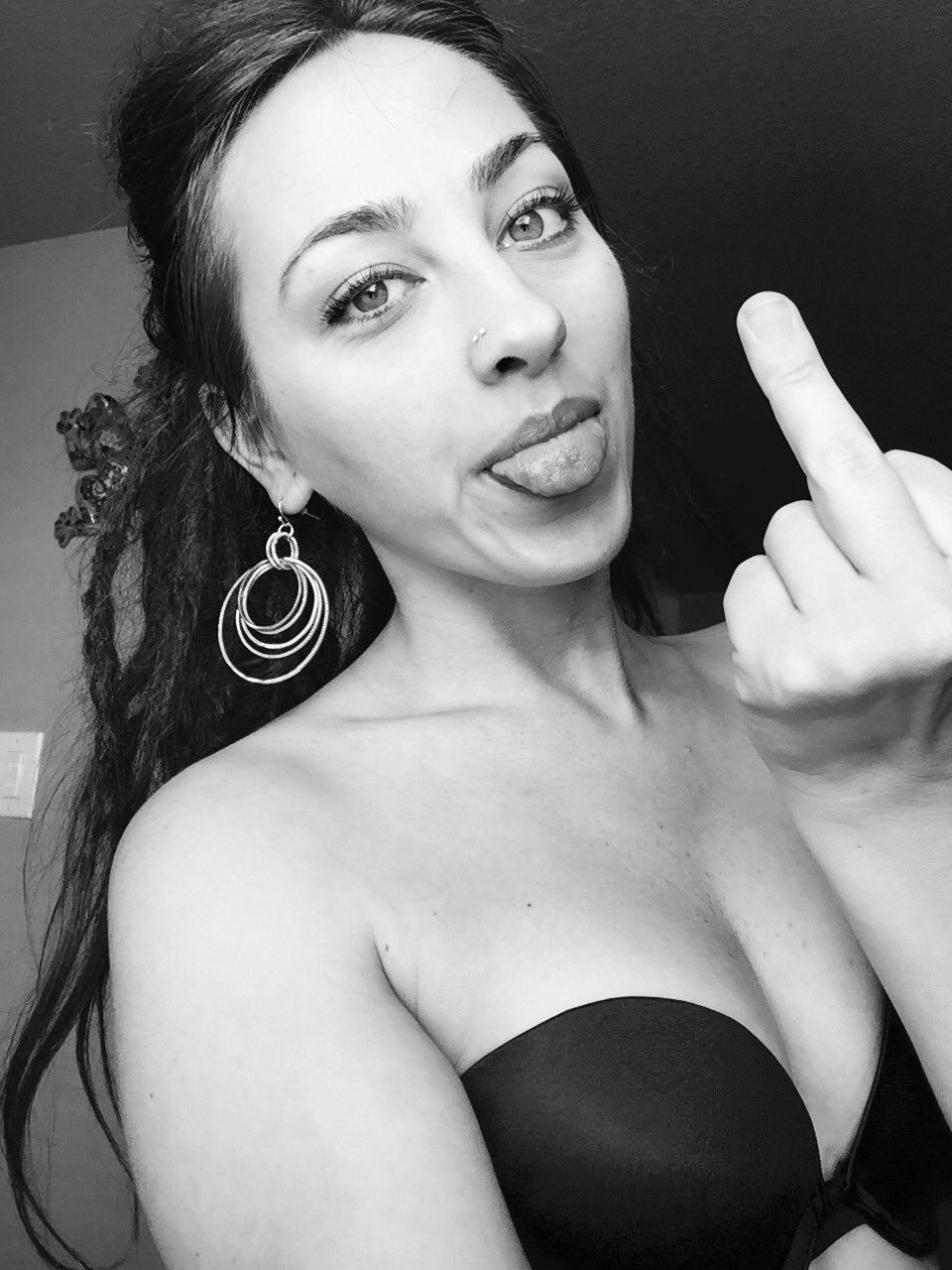